Robert Clayton is a freelance photographer based in London. In 1990 whilst studying for a photography degree under acclaimed photographer Nick Hedges, Rob undertook a social photography project – capturing the residents and life on the Lion Farm Estate in Oldbury, West Midlands.

Oldbury sits on the eastern fringe of the Black Country, a traditional working class town with historical industrial links to nearby mining towns around the Midlands. Before de-industrialisation the majority of its residents worked long arduous hours in the mines and numerous factories that made up the landscape of the region.

When the Lion Farm estate was built after the slum clearances of the sixties, it was seen as modern and progessive upgrade for its newly rehoused residents. The demolished ‘two up-two down’ terraced housing all came with an outdoor toilets – having a toilet inside their property was seen as a luxury. However, like many large estates during the Thatcher led government, Lion Farm became plagued by neglect, crime and lack of maintenance. The estate was eventually earmarked for destruction by Sandwell Council.

Over twenty years since Rob’s photos were taken his images remain very poignant – the need for affordable and quality social housing is still a greater necessity than ever. The right to buy scheme in the 1980s saw huge stocks of social housing sold off at a fraction of the market value, adding significantly to the crisis and demand for housing that we see today.

When Rob started his series he wanted to capture the reality of everyday life for residents on the estate. He explains in an interview with PhotoMonitor

“I wanted to photograph in a very accurate manner an environment that a lot of people have to endure in their daily lives. The playgrounds for example were hardly used and why should they be? One element of them was old sewer pipes (left over from the days of construction) that were set into cement and deemed a suitable for children to play on.”

Writer and film maker Jonathan Meades refers to this, he questions the lack of maintenance afforded to such estates once they were built. “They were Utopian in that they helped solve a real housing and public health crisis in the UK (look at Nick Hedges work Make Life Worth Living) and this is to be applauded, but then councils tended to walk away and neglect their upkeep.”

Rob’s Estate series eventually became a critically acclaimed photo book Estate which includes essays by writer and gallery owner Laura Noble and Jonathan Meades. Jonathan sums up the series in the below extract from the book.

'A time capsule which emphasised ordinariness'

“There was nothing special about Lion Farm Estate. It could have existed in more or less any British conurbation which was on the cusp of losing its raison d’être. What is special is Clayton’s humane rendering of it as a time capsule which emphasised ordinariness. This was how it was for millions of people in the early 1990s.”

Keep up to date with Rob’s work including his recent follow up series Estate Return on his website here.

British Culture Archive is a non profit independent resource set up to document 20th century culture and social change in the UK. In 2022 we plan to open our permanent gallery and exhibition space where we can showcase our People’s Archive alongside exhibitions from our featured photographers.

If you appreciate the work we do you can help us by sharing or Supporting our Crowdfunder campaign here. 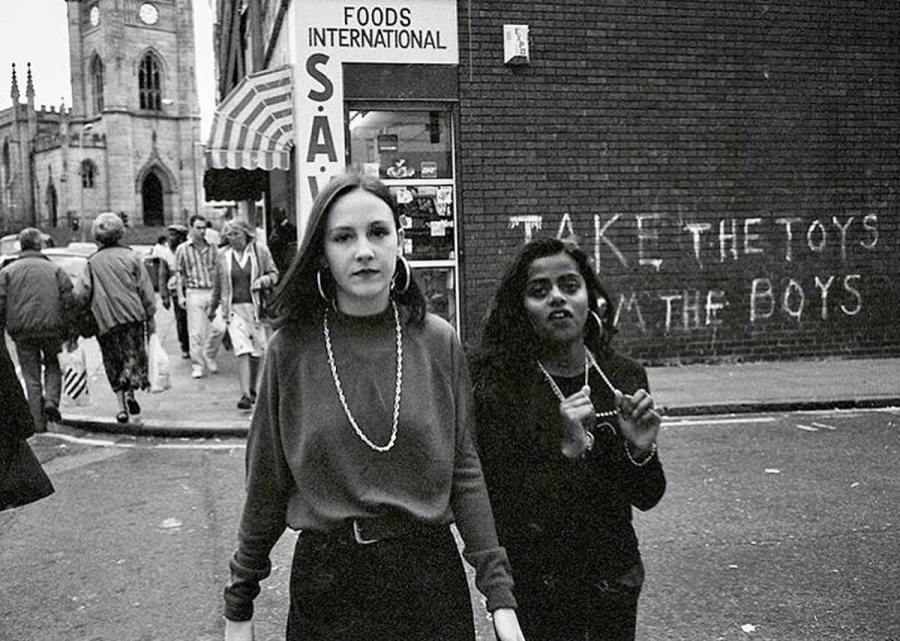 The passage of time moves at an ever growing pace – whilst it’s essential to move forward, we can often

Anne Worthington grew up in Blackpool in the North West of England and then moved to Manchester. Whilst living in

Subscribe to our monthly newsletter for updates about British Culture Archive and The People’s Archive – including exhibition news, photography features and more.